German Director Jan Ole Gerster’s low-budget, black-and-white debut film Oh Boy! was one of the surprise success stories of 2012 with around 230 000 cinema-goers and rave reviews, particularly in Berlin, where the film was shot. The German Film Prize awards ceremony will take place this Friday 26th April and it could be a big night for Oh Boy!, which has an impressive eight nominations – just one less than the blockbuster Cloud Atlas – including best director, best screenplay and best actor for Tom Schilling. We caught up with Jan Ole Gerster and Tom Schilling to talk about the nomination, nerves and 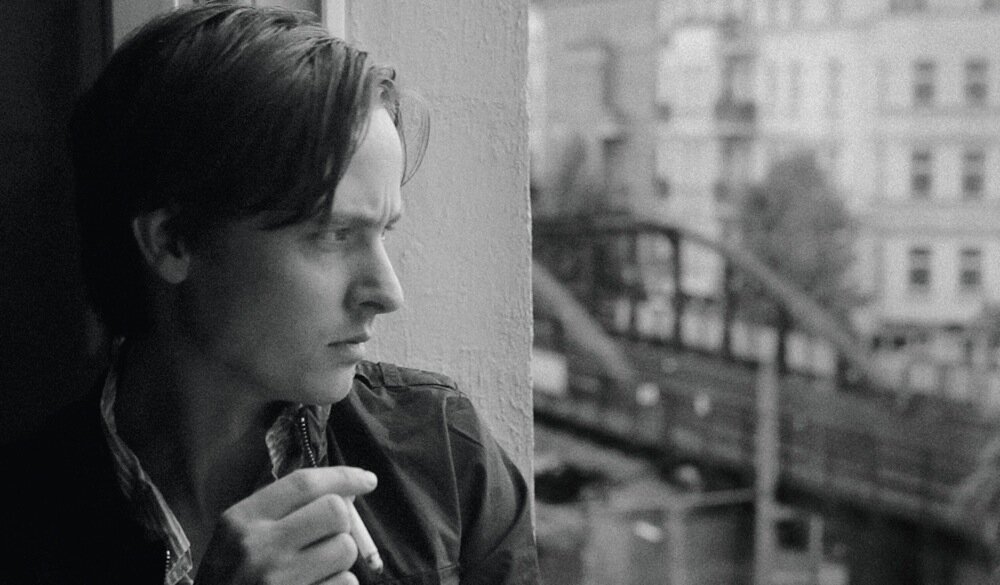 Were you expecting the nominations?
Gerster: We are, to be perfectly honest, outraged not to have received more nominations with our small, black-and-white film. We were expecting to be nominated in every single category. Okay, in all seriousness: no, we were not expecting so many nominations – certainly not when we began this project. The film just seemed to keep gathering momentum: after the festival premiere in Karlovy Vary, we went on to Munich, then a few other festivals, we won a few prizes here and there – by this point we realised the film wasn’t going to be a total flop – then it was released in German cinemas… the nomination for the German Film Prize is the cherry on the cake, so to speak.

How does it feel to be competing against Cloud Atlas?
Gerster: In the case of this film, it’s comforting in a way because I know Tom Tykwer [who co-directed Cloud Atlas with the Wachowski twins]. It’s nice to have a familiar face in a situation like this. I know it’s being described as ‘small, low-budget film competes against the most expensive indie film ever made’ but I think it’s just interesting there’s such a broad spectrum and first and foremost, I’m just glad to be a part of it all.

And what is it like for you to be up against Tom Hanks?
Schilling: Well, I’m not. I don’t know why. In fact, why isn’t Tom Hanks nominated? Maybe he didn’t want to come over and take part. Or maybe he’s not allowed to. I don’t know…
Gerster: I don’t know either.
Schilling: it must be written in the rules somewhere. Or maybe he stepped down to make space for us. I’m very pleased to be nominated, but also very nervous – already.

Why are you nervous? You’ve had plenty of practice, what with the Bayerischer Filmpreis…
Schilling: Yes, but with the Bayerischer Filmpreis there are no nominations, you just get a call telling you to take a seat before they tell you the good news. But with the Deutscher Filmpreis, there’s a lot more hype before the winner is announced. Most of the time I try to detach myself because you can end up feeling really disappointed if it doesn’t work out, but no matter how hard I try, it’s almost impossible to detach myself completely. The next two weeks will be about nothing but the German Film Prize; I’ll be happy for any work I can do to distract myself.

Do you like a bit of glamour or are you more like Michael Gwisdek [who also stars in Oh Boy! and is nominated for a LOLA in the category best supporting actor] who would prefer to enter the Friedrichspalast via the back entrance on April 26th?
Gerster: I’ve already been in the back entrance one time when I didn’t have an invitation to the awards.
Schilling: Through the kitchen?
Gerster: Yes, through the kitchen – I ended up just hanging around there and helping myself to the buffet. This year I’m allowed to walk the red carpet in through the front entrance, but like Herr Gwisdek I think I would prefer to slip in round the back.
Schilling: But glamour is a part of our job, and it’s incredible that this film has received such attention from the German Film Prize. The film was made with a group of close friends, and all we really hoped for was for Jan Ole to get good marks in his dissertation project. But we’re not the kind of people to strut and pose on the red carpet.

What was it like working together?
Schilling: Very smooth.
Gerster: I would go even further than that and say that it was extremely pleasant.

How did you two meet?
Schilling: In a trailer
Gerster: We’re both camping fans
Schilling: Am I allowed to say this? We met in film star Daniel Brühl’s trailer. I was in a film with Daniel back in 1998 and we became friends; Jan Ole and Daniel met it each other on set for Good Bye, Lenin!. The first time I met Jan Ole, I was visiting Daniel on set. In my memory it was love at first sight, but you said it actually took a little longer for us to come together…
Gerster: I didn’t say that, I said it’s astonishing that we ever became friends, because when we first met we used to argue very loudly and passionately about various subjects.
Schilling: That can happen, but even during this early phrase I was all for it.
Gerster: We lived in the same neighbourhood, too.
Schilling: There was a bar halfway between our two apartments – we spent a lot of time there.

You’re on an incredible roll at the moment with several projects – What comes after that?
Schilling: Nothing, probably. Nothing at all. The crazy thing about working in film is that, you can shoot films several months or years apart, but sometimes they all come out at once and then all of a sudden you’re ‘hot’. I have been this ‘hot’ for a long while. It’s no bad thing, and I hope that it means I get offered good new roles. Of course it doesn’t get easier – you try to maintain a certain standard and as you get older it becomes more difficult to get excited about projects which don’t quite meet your expectations. I will probably take things a bit more easy this year than I have in the past.

And what’s it like living in Berlin? Do you get a lot of attention?
Schilling: During the day people tend to leave you alone, but of course you get recognised. I enjoy taking the tube, in fact, it’s a real passion of mine, but it’s become more difficult lately. I’ll pull my hat down to cover my face, and then out of the corner of my eye I’ll see somebody discreetly taking a photo of me on their phone. In the evenings, when people have had a bit to drink and feel more relaxed, they tend to be less shy about attacking.

What kind of attack?
Schilling: Recently I was in a new club in Wedding and a girl came up to me and asked if she could kiss me. Before I could reply I had a stranger’s mouth pressed up against mine.

Herr Gerster, people say that the second film is always tricky. Your debut film has been such a hit, does that put even more pressure on you for your second film?
Gerster: I’ve already decided that the second film isn’t going to be a terrific flop; I’ll invest huge sums of money into it and it’ll be a catastrophe. Once you accept that there’s no pressure. My third film will be great, though. I’ve got ideas and I’m looking forward to beginning writing once everything’s calmed down a bit.

Find out how Oh Boy! to offer this Friday 26th. The LOLA awards will be handed out at Berlin’s Friedrichstadt-Palast, so make sure you tune in to the live coverage on ZDF from 22:15.