The Best of the West by Bicycle

Berlin is without question one of Europe’s great biking cities. There are numerous bike paths all over the city and almost more bicycle traffic than cars in some areas. Bicycles can be taken on public transport (except buses) and there are even specially marked carriages for bike friendly travel. Wherever you go you will see the love of bicycles clearly on display. A bike ride is also a great way to see the city and now that the weather is better we have a couple of routes to suggest to help you discover another side of Berlin.

This route takes you from the hotel, through the Tiergarten around the Victory Column to the banks of the Spree with some fabulous park life to enjoy along the way. Stadt und Rad near Zoologischer Garten train station offer bicycle rentals (just near the police office). From here you are just a short pedal away from Berlin’s biggest and most beautiful park the Tiergarten. Take the Hardenbergplatz entrance closest to the train tracks into the park and you can say hello to some of the Zoo’s residents on your right for free as you ride by. Just a few hundred metres in you will find yourself at one of the city’s best beer gardens – Schleusenkrug. Stop for a beer or some lunch before crossing over the canal towards the open air gaslight museum – a free standing display of historic gas lanterns from all over Europe.

When you get to the footpath of the main road in front of you turn to your right and then quickly right again onto Großer Weg. This keeps you inside the Tiergarten and will take you on a blissful scenic leg past the Neuer See – the biggest lake in the park. If you didn’t stop at Schleusenkrug then take one of the side roads into the Cafe am Neuen See for a tranquil stop by the lake. Here you can enjoy one of the best hot chocolates of your life, or a cheeky glass of wine.

Next, turn left up Fasanarieallee, using the glorious golden victory column as your landmark and when you get to it, ride around it to the left, heading into another section of the Tiergarten, towards the river. This will take you past the elegant Englischer Garten and around the back of the German president’s home – Bellevue Palace – to the wonderful banks of the Spree River. Take in lovely water views and then turn back towards the Victory column to make your return journey. The entire route covers a very easy 6 or so kilometres with plenty of opportunities to stop and rest or enjoy the natural surroundings.

Schöneberg is a great place to explore and in fact some of history greatest figures can be connected to its neighbourhoods. The area started out as a village, but in the late 19th century, quickly expanded to become home to the best of Berlin’s upper middle class. Enjoy an easy 6.5 kilometre ride from the hotel, with plenty of options for food, drinks and rest stops along the way.

If you’re leaving from the hotel, turn to the right at the front entrance and head down Augsburger Strasse right to the end until you reach Lietzenberger Strasse, which you will then cross over so you can continue down Fuggerstrasse. Follow this a short distance and turn to your right down Welserstrasse. You will now be riding through a part of ‘Wilhelmine Berlin’ – the parts of the city developed during the reign of the Kaisers Wilhelm I and II. Your first stop is Viktoria Luise Platz (named after Kaiser Wilhelm II’s daughter) and the heart of what is known as the Bavarian Quarter. Here you can see how the upper class once lived and in fact some still do. This part of Schöneberg was developed by a Jewish textile manufacturer and their idea was to build a number of grand houses, each with 10 rooms and a luxurious attention to detail. Viktoria Luise’s hexagonal shaped village square provides a beautiful centrepiece to the quarter with its fountains and gardens and a nice place to sit and enjoy lunch.

Ride along a few of the side streets and explore the neighbourhood as you please, but return to the route at Viktoria Luise Platz and from here, turn into Winterfeldstrasse. Follow it until it meets Martin Luther Strasse (named after the great German theologian and reformist Martin Luther) and then turn right onto this grand boulevard. Martin Luther Strasse was significantly damaged during WWII however there are also many protected buildings in the street so it is a nice example of pre and post war architecture. On the right you can’t possibly miss the grand and elegant Schöneberg Town Hall, known famously as the location for US President John F. Kennedy’s speech proclaiming America’s support for West Berlin just 2 years after the Berlin Wall was erected.

Once you pass the town hall, turn to your right and ride into the park in front of you, past the lake and enjoy a spot of relaxing on the grass in the sun here. This is the 2nd of 3 parks all connected to each other and like many parks in Berlin, it immediately transports you into blissful nature. Enjoy the park for a while and then find the exit that takes you to Meraner Strasse to begin your return journey to the hotel. Ride along Meraner Strasse to where it is crossed by Grunewald Strasse and take yourself on a loop around Bayerischer Platz. Also part of the Bavarian quarter, the square and the streets running from it were home to some of the cities most esteemed professionals and intellectuals. Some of the elegant buildings are still standing today and plaques can be spotted outside their houses. Look out for the poet Gottfried Benn, filmmaker Billy Wilder and at Haberlandstraße 5, the one and only Albert Einstein.

Maps of signs for Places of Remembrance Memorial © Stih & Schnock

Map of signs for Places of Remembrance Memorial © Stih & Schnock

Of course a Jewish neighbourhood also has its tragic stories and the Bavarian Quarter is no exception. More than 16,000 Jews were deported to concentration camps from nearby Münchener Strasse and the quarter’s main synagogue was completely destroyed. In this area today you can see the memorial ‘Places of Remembrance’, an installation featuring a series of signs set on street lamps, depicting what kind of rights jews were deprived of in the lead up to deportation with simple drawings on one side and the law outline don the other. It’s a chilling exhibition of the torment and loss of freedom jewish residents went through. You can see enlarged versions of the above maps here. From Bayerischer Platz, continue back to the hotel along Landshufer Strasse to Ansbacher Strasse, turning left onto Geibserger strasse, right onto Nürnberger Strasse, then take yourself into Le Faubourg Lounge Bar for a well earned cocktail! 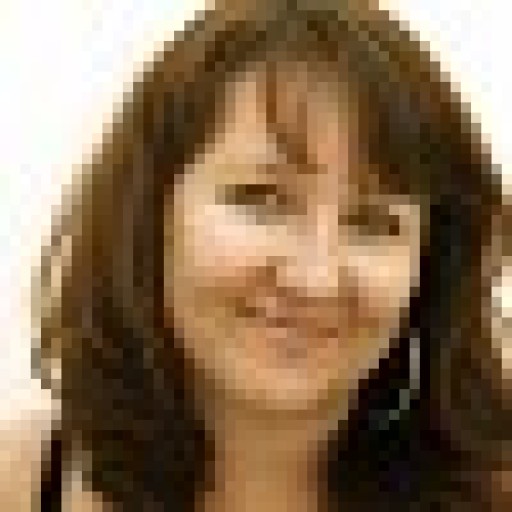